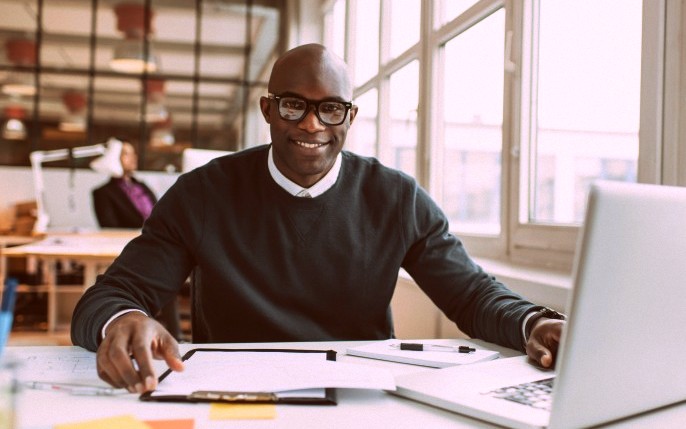 Most of us went through school, studied hard, strived to get good grades and graduated with a good result, which we have all our lives been made to believe is the ticket to a good job and a good life. In fact, some people didn’t for once look at the outside world or have a social life because they simply concentrated all their time seeking good grades to succeed in life. And then one day, you leave university and start the job-hunt for years in vain. In reality, a ‘good’ job is hard to find, especially, in an environment where the population of job seekers is more than the job openings available. In many cases what most people get are jobs where they are paid far less than their productivity  and where you may or may not have an office. Sometimes, all you have is just a cubicle where you do same thing repeatedly.

The notion of ‘get a good education to get a job’ has been carefully painted by our parents and society to the extent that you will have to deliberately extricate yourself from that mindset to be free. The greatest recipe to financial freedom is to understand that in the long run, a job will not make you rich and wealthy. Unless of course, you want to remain a slave to another forever.

Every employee is expendable

A lot of people are still under the illusion that their jobs can provide a certain security for them. While that may be true in a few cases, such as if your father owned the company, it is usually very untrue in majority of cases. Some people learn, howbeit, too late sometimes, that everyone in an organisation is expendable. This is irrespective of your position or rank in the organisation. In the non-too distant past, there have been executive directors and general managers of banks who lost  their jobs when the banks considered themselves top-heavy. In fact, some of the officers were fired via text messages from the banks. In making such a decision to relieve them of their positions, the only thing that is paramount to the bank is the interest of the bank. It would not matter much to the bank how many years you have put into the organisation and the fact that you do not have another means of livelihood.

Perks of office are intended to enslave you

When you work in a decent organisation, there are often certain perks that come with the office. For instance, from a certain level, some people are provided with status cars and phones and other gadgets. Some of these cars and gadgets are items that will ordinarily not be within your reach due to the price. What often happens is that the cars are purchased in the name of the company and leased out to you for use until the car is fully paid for, usually after a number of years.  As a senior officer of the institution, you are lodged in a five-star hotel when you travel to Abuja, Lagos or other places in the world. Somewhere you most probably would never be able to afford on your own. At a senior level, the company may provide you with security and other allowances such as telephone and hospital allowance for yourself and your family. Some of these companies even provide certain employees with business class tickets to travel for annual vacations with their families. In many cases, accommodation is provided and mortgages in lieu to enable the employee purchase a befitting house.

All these perks that usually create a certain illusion of safety make you live like a big boy or big girl even if you are living in a borrowed house and riding in a borrowed car. In fact, you are often made to feel that you are a ‘power broker’ in the organisation and that you matter in the scheme of things. It will never occur to you to live within your means, save for the rainy day or look for a secondary means of income. Strangely, it will never occur to you that the same person who gave them to you has the power to take them back, until one day when you fall out with your boss or the company finds someone who is as qualified who can do what you do for the organisation, you are sent packing with all the perks taken from you and you are left in the cold, then you ask yourself the question of your life “where do I start from”?

A neighbour of mine who worked in one of the big banks in Nigeria recently died of cancer. It was just after a few weeks that the bank recovered the car he was driving from the wife who was at the time five months pregnant. Even though that is pretty normal for most organisations, people never truly live with the reality that what is given to them to enhance their status by their organisations can equally be taken away. You could have given all your life to an organisation working hard and rising through the career ladder until one day you have an accident that makes you incapacitated and unable to work. And then you will discover, to your utter amazement, that what is not yours is not yours and that a job never really gives the safety and financial security that we seek.

In this era of economic uncertainty and a government that seems totally helpless and clueless in the face of falling oil revenues and mounting national debts, it is becoming even clearer that nothing is certain anymore. Manufacturers are unable to import the raw materials to continue their production and most of them have been forced to ask people to leave. Our Banks have been hit the most as they have returned public sector funds to the Central Bank of Nigeria. You need to look beyond the window dressing of some of our banks to see that some of them are unable to meet their obligations due to falling deposits and thinning income lines. Since January 2016, the Central Bank of Nigeria has  made it illegal for banks to charge Commission on Turnover (“COT”). So in desperation, our banks have resorted to charging their customers all kinds of spurious charges. So really, you do not need a prophet to tell you that there is a looming crisis in the entire banking industry. To remain profitable, it is clearly inevitable that banks will need to right-size and ask people to leave.

There are already huge job losses in the oil and gas sector across the world because of the fall in oil prices. This was clearly expected because the once-lucrative industry is facing a time of crisis. Some of the executives who are lucky have been given the option to take pay-cuts or leave and in many cases, they have simply taken the pay cuts since they need to maintain their source of livelihood.

Highest earners think outside the box

Today, it is a fact that the people that earn the most money all over the world have discovered that jobs never made anyone rich. These people have understood that the keys to the financial freedom lies in their hands. So they develop their talents and skills that are needed and get stupendous fees. Unfortunately, these people are in the minority but the current economic climate is forcing people out of their comfort zones and is making them think of how they can add true value to humanity.

Time to extricate yourself from slavery

Before it is too late, it is important that you extricate yourself from this mindset that you can build a future from working for another. Yes it is true that there will always be people who may never be able to take the risk of looking outside or see the numerous opportunities out there. Many times, many people hate their jobs and their employers but still, they are unable to envisage a life outside their jobs. It is unfortunate that some people still believe that a job can save them. Even when they get the opportunity to do something different and make money, they are scared to leave the job, because they’d rather sit in the office than do a job that will get them more money. Simply put, they’d prefer sitting comfortably in a broken wooden chair than work towards making a sophisticated strong sofa. This must change if you want to secure your financial future and be financially free.

My next plan is to explain to you how you can discover what you are good at and make a success out of it. But first, let me conclude this piece with a famous African proverb on survival:

Your Key to Financial Freedom; Build Multiple Streams of Income
Why You Are Responsible For Your Financial Future
To Top