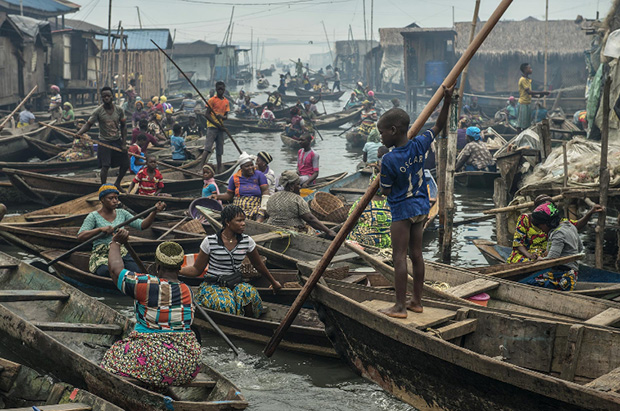 The wealth of the world is divided in two: almost half going to the richest one percent; the other half to the remaining 99 percent. The World Economic Forum has identified this as a major risk to human progress. Extreme economic inequality and political capture are too often interdependent. Left unbridled, political institutions become dented and governments overpoweringly serve the interests of the few to the detriment of ordinary people. Extreme negligence of the people is not inevitable, and it can and must be reversed quickly, especially in Nigeria, if we must make progress as a people.

Some economic inequality is essential to drive growth and progress, rewarding those with talent, hard earned skills, and the ambition to innovate and take entrepreneurial risks. However, the extreme levels of concentration of stolen wealth in the political class occurring today in the country threatens to exclude millions of Nigerians from realizing the benefits of their talents and hard work. Every day, Nigerians hear and read reports of the tons of money tagged stolen by the political elite, who bail out themselves with one quarter of the money stolen, yet people are hungry, there is no electricity to produce, children are out of schools, doctors are on strike and workers’ are not paid salary.

OXFAM in their paper, “WORKING FOR THE FEW” world report, put the result of these political excesses thus: “The consequences include the erosion of democratic governance, the pulling apart of social cohesion, and the vanishing of equal opportunities for all. Unless bold political solutions are instituted to curb the influence of wealth on politics, governments will work for the interests of the rich, while economic and political inequalities continue to rise.”

Therefore, left unchecked, the effects are potentially undeniable, and will lead to ‘opportunity capture’ in which the lowest tax rates, the best education, and the best healthcare are claimed by the children of the rich. Hence, Instead of moving forward together, people are increasingly separated by economic and political power, inevitably heightening social tensions and increasing the risk of societal breakdown.

The 2016 budget has been tagged with controversy since inception and has attracted diverse views, opinions and debates throughout the whole country. After a questionably long and dramatic pause, Mr. President presented a N6.08 trillion budget to the National Assembly and then announced that his administration will implement social welfare programmes to create employment for the masses.  Nigerians were momentarily thrilled and hoped the “CHANGE” agenda will bring the much-needed respite, but that was before a bomb shell was dropped on Nigerians with the headline “2016 budget is missing”. At first, one would think that was a huge joke? But apparently it was not. Nigeria, a leading nation in Africa should not be caught in that kind of unimaginable callousness and carelessness. Questions arose from all angles of the federation as accusations and counter-accusations traded places.

However one fateful day, the ‘lost’ budget magically reappeared and one couldn’t help but wonder why the government would want to question its citizens’ intelligence. New developments unveiled more insight on the matter as the legislature pointed accusing fingers at the executive and vice-versa. It became clear that the law makers who are supposed to represent the people’s interest were busy removing crucial projects from the document and dubiously replacing them with so-called ‘constituency projects’.

Nigeria is going through extremely difficult and perilous times with Mr. President’s anti-corruption war to stamp out perfidy and impunity from the land. This must continue but should be free of dubious political manipulations. The country must move forward regardless of the set-backs brought about by the on-going Senate President Bukola Saraki alleged false “declaration of assets” groups bent on crippling the country’s economy, senseless terrorist attacks with no clear objectives and the most recent outrageous budget padding scandal.

The House of Representatives has been embroiled in a crisis of credibility since the former chairman of the House Appropriation committee, Abdulmumin Jibrin broke the news and shared disheartening sleaze going on in the House headed by Yakubu Dogara. Mr. Dogara and three others have been accused of allocating projects worth N40 billion to themselves but counter-accusations swiftly surfaced that Mr. Jibrin himself ‘padded’ to the tune of N4.1 billion as ‘constituency projects.’

The real questions are “if Mr. Jibrin had not been relieved of his duty as chairman, would these information ever have gone public? Is budget padding legal? Nigerians should not be taken for fools because we are certainly not fools. Budget padding and mis-appropriation of funds is not a new topic but this doesn’t mean it should be allowed to persist.

The concept of political greed in Nigeria has clearly taken a new dimension, even in this season of ‘change’ and economic hardships that Nigerians are facing. One would have thought that the treachery and unabated corruption in the Parliament will reduce in the face of current economic realities. Nigeria currently suffers insecurity, extreme poverty, unprecedented economic challenges and if our leaders cannot be trusted to put the people and nation first before self, then we must redefine the meaning of democracy. We cannot continue to have a government of the few, by the few and for the few.