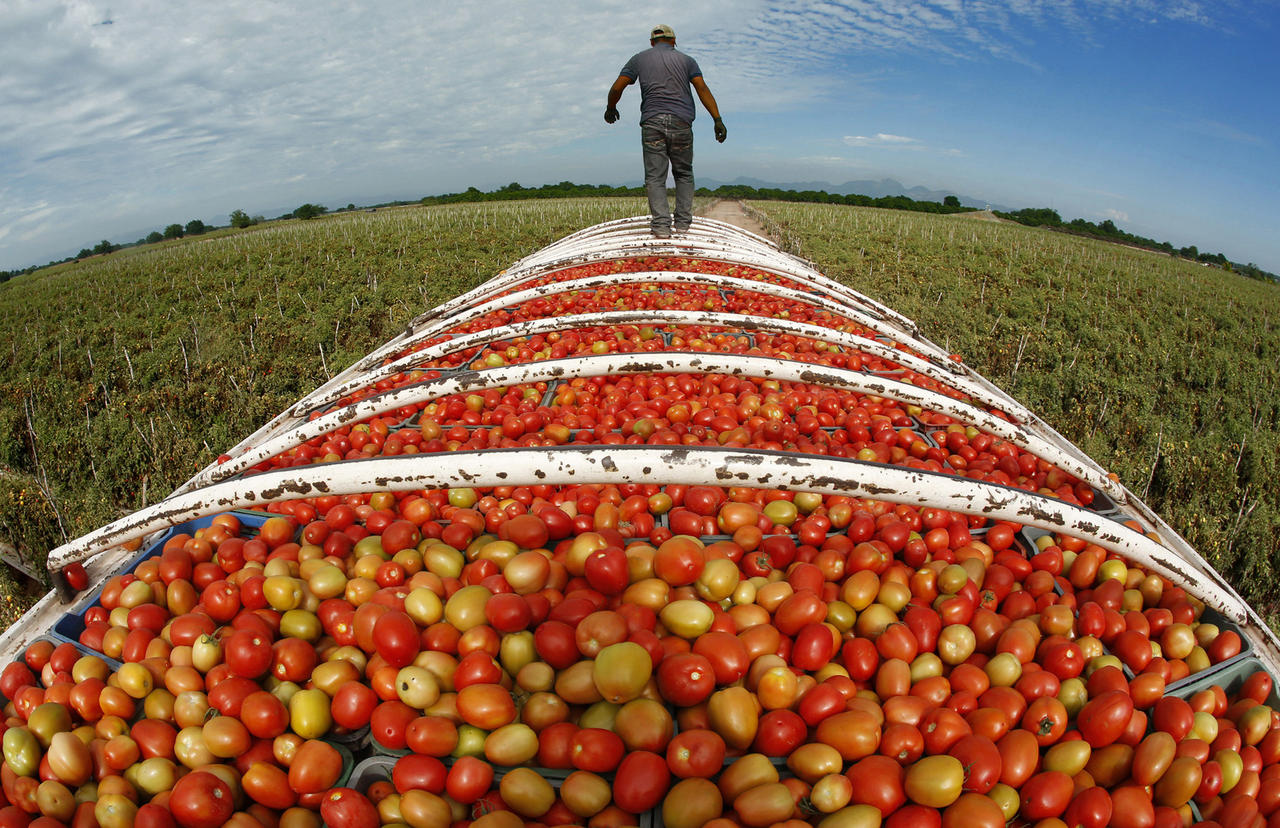 The story is told of a hunter who went hunting in the forest all night, killed an antelope and sold it to a restaurant owner for N2,000. He later visited the restaurant in the evening in the company of four of his friends to drink pepper soup. Each of them ordered for a plate of antelope pepper soup which costs N1,500. In the end, they spent N7,500 buying antelope pepper soup made from the antelope which was sold at only N2,000. The restaurant owner also sold to another 10 to 15 customers who came to drink pepper soup from his restaurant. So he ended up selling a total of about N22,500 from the same antelope which he bought for only N2,000.

The analogy above explains the situation Nigeria and indeed Africa has found itself. Even though we have the most arable lands in the world and can grow almost any crop and rear all kind of animals, we are still unable to feed ourselves. The world’s poorest people are found on the many plantations across Africa. People have farms in many villages across the length and breadth of Nigeria but most of them are still at the existential level of humanity. Some of these people have large plantations of cassava, yam, pineapples, plantains, etc. There are several others who have for many years focused on animal husbandry but they are only able to feed themselves and their immediate families.

So when you listen to the new cliché that agriculture is the answer to our quest for economic diversification and emancipation, you are often not told that we have been farming for as long as Nigeria has existed as a nation. So the solution to our problem of under-development and unemployment is not in increasing the size of the farms but in exploiting all the opportunities in the value chain. The farmer who only hunts for meat and sells to the restaurant owner for peanuts will perpetually remain poor as long as he is unable to understand that his future is not in the hunting but in taking a step further to convert his meat to pepper soup. Otherwise, the restaurant owner will continue to be richer and may even begin to price down the meat supplied by the hunter. The hunter will not have a choice but to sell to him because he either cannot see the opportunities or is uninterested in exploiting them. Somehow, the hunter does not know that the only reason the restaurant is able to sell pepper soup is because he provides the meat. Ivory Coast supplies over 33% of cocoa produced in the world followed by Indonesia and Ghana. Yet, the same people who supply a third of the world’s raw material for chocolates have themselves never tasted chocolates in their lives.

In our quest to diversify Nigeria’s economy and remove the over-dependence on earnings from oil, it must be clear that agriculture alone cannot solve our problems. As important as it is that people are encouraged to start their farms to meet local demands and possibly export, it must be known that Nigeria is going nowhere unless we are able to set up systems that convert our farm produce into finished products. Nigeria imports over 70 metric tons of tomatoes costing an estimated N11 billion annually. Meanwhile, Nigeria is the world’s largest producer of tomatoes after Egypt. We spend an outrageous half a trillion naira to import rice annually.

The question that our policy makers first need to answer is how come we are the world’s largest producer of tomatoes, yet we import over 70 metric tons of the same product? Where are all the mangoes, oranges and pineapples that are produced in Benue State? The farmers in Benue State still suffer huge wastage despite the fact that Transcorp set up a factory with an annual capacity of 26,500 metric tonnes to produce orange, mango and pineapple fruit juice concentrates. We produce enough mangoes that can last the whole year and possibly feed the whole of Africa. But clearly, the problem is not in the production but in the preservation, transportation of produce, finding the right markets, processing of products into concentrates and fruit juice, etc. Nigeria is probably the largest producer of maize in the world but most of our maize are either hawked on the streets where hawkers are chased by Police or sold on the road-side for next to nothing. But Nigerians buy well-packaged sweetcorn to cook at home because the local ones are not processed.

The answers are simple. It is the same reason why Nigeria is one of the world’s largest producers of petroleum, yet we import petrol at exorbitant prices. We must develop the entire value chain from the farm to the final consumer and increase our capacity to process our farm produce locally to meet local demand and that of the West African market. We must take it beyond the rhetoric and lip service and initiate plans that ensure that we not only encourage people to go to the farm but take a step further and build plants and factories needed to process the goods. In the end, mechanised farming does not require many hands and will not solve our unemployment problem. But factories will need a variety of competencies and professionals. It will not only help reduce the unemployment problem but will make Nigeria a producer and exporter of food and finished products.