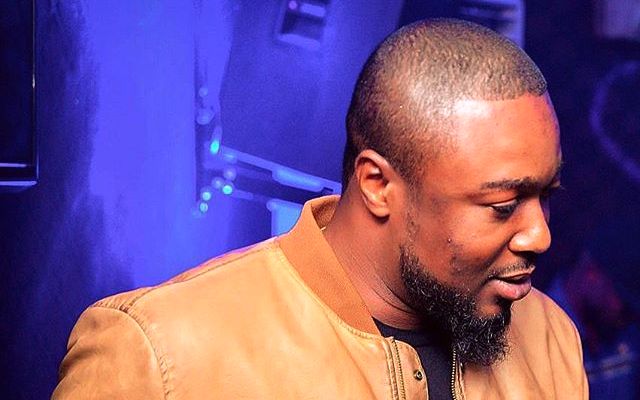 Share
Tweet
Share
Share
Email
Comments
795
SHARES
ShareTweet
The riveting story of how Uyi Ogbebor a.k.a Sir Uyi, founder and Chief Executive Officer of Abuja’s prestigious nightclub The Bank, gained financial freedom, fame and money from his side hustle.
By Evangeline Anumba
eanumba@financialfreedomng.com
His background…
I hail from a very humble background, my father is a retired police officer and my mum, a retired nurse. I was born in Akure, Ondo State, but I’m originally from Benin City, Edo State. I am a graduate of Igbinedion University, Okada and holds a bachelors degree in Electrical Engineering.
And initial forays…
My first business was a cyber cafe, and it started in Benin City in 2001. I was quite young. The cyber cafe did really well. However, my academic engagements at university eventually took a toll on me, and this forced me to shut the business down. I did still go on to open a photography studio in Benin City, which till date is still running as I handed it over to my younger brother to manage.
Abuja initiation…
When I first came to Abuja, life was quite tough but I had a soft landing because my younger sister, who had been doing her national service, accommodated me in her house. This was where
I truly started my life. During that time I met up with my uncle who is into construction. On the first day I worked for him, I was paid N1,500 at the end of the work day and this surprised me. I asked him why the pay was so meagre, and his response was that it was the standard pay for his people. So I told him, ‘‘Uncle, yesterday at ‘Play’ I bought myself two bottles of Hennessey
VSOP for N40,000- I can’t work here to receive just N1,500 every day.”
The wallpaper story…
So I left and started selling wallpapers. I bought wallpapers from Korea and China and they shipped them down. I did eventually discover that my cousin imported wallpapers in mass quantity so I started buying from him and this saved me a lot of stress. This was how I hustled: when I woke up in the morning, I would dress up well, get into my car and move from site to site, selling wallpapers. When I went to some sites, their response would be encouraging with words like “Oh nice”, or “this is beautiful.” However, some others would spit irritating words like, “Oga, abeg we are busy here, you can’t see Oga.” But I refused to let any of these discourage me. I kept driving hard. By 2008, I had a lot of clients and was really doing very well. I did have quite an interest in interior design which originated from my dad’s love of constantly revamping the interiors of our house. So I was quite knowledgeable about it. This tremendously helped me.
QUICKLOOK

His night club biz stepping stones
I was doing quite well and making a decent amount of money from the sale of wallpapers and these eventually led me into the night club business. In 2010, I went to ‘A Lounge’ – and met with the manager to market my wallpapers. He accepted my proposal. I fixed the wallpapers for him and was paid. Because I went out a lot. I had a lot of contacts from my school and people from my sister’s previous university- she had a lot of friends there. I also had a lot of contacts from people I had met in Abuja and people I had met through my friend’s friends. So, I proposed to the manager that I could actually work for him by bringing people to his establishment. I would of course keep my day job selling wallpapers but I could bring a lot of business to him at night since I frequently also went out at night to have fun. I asked him to employ me as his PR person so that I could draw crowds to his lounge. However, he thought I wasn’t capable and had a limited knowledge of the club business. He told me to fix my wallpaper and go, so I did and continued with my wallpaper business. Then one day, a friend of mine informed me of a friend of his who had come from Lagos, and wanted to open a club in Abuja. My friend wanted me to accompany him to see if I could provide the wallpapers for the club. Adegoke Abiola, the founder of the new club was impressed with me. I told him that I could work as a PR person and draw crowds to his night club. He gave me a chance. The moment he did, I got to work and started planning. Abiola’s new club was scheduled to open on a Sunday. I told Abiola that a friend of mine was planning his bachelor’s eve but wanted it on the Thursday before Grotto officially opened. Abiola was very receptive and agreed to host the party. The outcome was amazing. The place was packed, and it made us a lot of money. How I related with the customers impressed him. I convinced him to employ me so that I could constantly draw the crowds that he wanted. He agreed to pay me a basic sum of N70,000 and a share in the profits. So my pay then was about N150,000 or N200,000, a month.

@Sir_Uyi comes to the fore
I made a lot of noise about the place via my popular Twitter handle – @Sir_Uyi – and it brought
a lot of bang to the business. Six months later however, I wanted a raise but I was turned down. My wallpaper business was suffering because of how much effort I was putting into his. From Monday to Sunday, I was working to promote his club, and each time I got back home I was usually too exhausted to pursue my wallpaper business. The fact was that when I was doing my own business, I was making much more money than I was from investing all my time in his. When I told him that I would leave to run another club, he told me to go. I left. He underestimated me. I then met with the owner of Cubana, he gave me a good deal which I took. I worked there for two years, and in that time we transformed the place from a dead spot to a vibrant one. However after two years, I realised that I still had no financial stability. I was still in the same state. The difference: I was more popular than I had previously been. Then I realised that the best thing for me would be to venture out on my own and build something for myself. I approached the owner of Cubana with my plan for opening my own place and a plea that he should invest in it but he rejected the proposal. Discouraged beyond words, I resigned. Even without the hope of getting any job, and my rent due in January of the following year, I resigned in December.

Despair…and rebound
My despair went beyond being able to pay my rent and care for myself. It extended to the possibility of never being able to drive my dream. So, I sold my car, paid my rent, did a few things and then travelled so that I could cool my brain. When I came back, I spoke to a few investors. Eventually Seyi Adekunle, the owner of VODI Tailors saw the possibility of my vision. We got to work on the lease of the old ‘A Lounge’ and the renovation. I was literally pulling off the wallpapers I had installed at the ‘A Lounge’ to start my own business. Ifeanyi Ararume, the Managing Director of Exclusive Stores also helped us because it got to a point where we were running out of money. He gave us goods worth over N11m on credit, while Louis Valentino, also provided us with materials worth over N11m – again, on credit. The tiles, sanitary wares, everything, was on credit. Then The Bank opened, and we were able to pay everyone back in six months.

Drive and mindset
I have been a strong believer in God and he has never failed me. I was never scared of taking risks. I don’t fear anything. A lot of people discouraged me when I was leaving Cubana, but I didn’t listen to anybody because no one is God. My thing, I wasn’t scared of anything. I remained positive and was certain that it was going to work it. I insist on moving from one position to another every year and this has enabled me to continue to strive hard to ensure that I am promoted to the next level. This mindset has prevented me from stagnation and made me stronger.

Sweat…and time
I don’t really consider my sweat and time as a sacrifice because these are the prices that I had to pay. These are my contributions into building the things that I wanted to have in life. I would say that I worked hard and paid the price for success.

Highest highs and lowest lows…
My high moments began from when I started making money on the street, marketing and installing wallpapers. I earned well and it was more than enough to sustain me. When I moved to Grotto and became popular…was also a high moment. I didn’t have as much popularity as I do now, but it did help a lot in building my social media platform. Moving to Cubana, becoming even more popular and earning even more money was also a very high moment for me. The continuous growth has kept me going all the way.

Words for go-getters
Follow your heart and never look back. Follow your passion, your passion is what has been put in your heart and you do not need to listen to people trying to discourage you in the form of advice.’ Do what you really want to do because doing what you love will drive you and then you will never be at a disadvantage because what you’re doing comes from your heart. You will know how to solve your problems and how to guide yourself along the right path.

Future projects
My next project will be my next promotion and it’s scheduled for next year. I’m going to do something very big in Abuja, something people will not expect and will find hard to believe. It’s going to be magnificent and it’s going to be the number one destination in Abuja. ‘The Bank’ of course will continue to thrive and will remain ‘banging’.