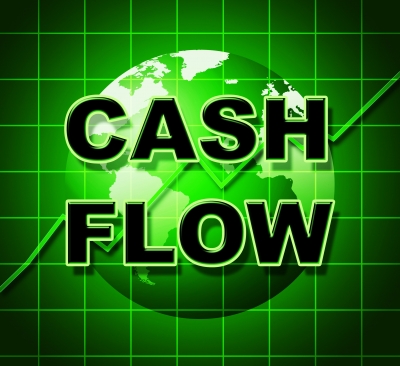 It is easy to predict your financial future by looking at the kind of assets that you spend your money on. One main difference between the rich and the poor is their investments and how they spend their money. While the rich often invests in assets that appreciate with long-term potential to bring residual income, the poor spends his/her money on things with no lasting value or potential to guarantee long-term returns. Investing in assets that have long-term value and cash flow is vital for financial success and long-term happiness. People who do not understand this secret of growing wealth often end up living from hand-to-mouth and are never able to save up or invest for future gains.

With the increasing propensity to impress friends and colleagues, you often find people who live in boys’ quarters in rich neighbourhoods but drive luxurious cars and live expensive lifestyles. They may not have a dime in their pockets or in their bank accounts but they are the first to buy the most expensive drinks in clubs and restaurants. This kind of people live in serviced apartments and pay huge rents but have never invested in buying a plot of land. Their preoccupation is living for the moment without a thought about tomorrow. They may even be earning a lot of money from their jobs or businesses but they never have enough because they spend all they earn to maintain their expensive lifestyles. In their desperate quest to ‘belong’, they spend millions of naira on business class tickets for expensive holidays in Dubai and stay in the most expensive hotels with their girlfriends.

The truth is, nobody ever grew wealth or became rich by living lavish lifestyles or living above their means. When you study the lives and histories of successful people, you will discover that they live by a different set of rules that drastically differ from how the rest of the world lives. Wealth that lasts and endures is often a product of many years of deliberate and conscious investments in appreciating assets. You will need to understand the mind-set of rich people and learn how they became rich, maintained their wealth and passed it down to their next generation.

Understand the concept of delayed gratification

Some people often celebrate their achievements too early. Understanding the concept of delayed gratification is vital to achieve and maintain success. Often, we have witnessed or heard stories of people who achieved success very early in their lives and careers. But instead of reinvesting their money to either grow their business or look for safe investments to grow their money, they started to live large, threw expensive parties until they became broke and lost everything. Understanding delayed gratification is important to know that growing your money comes before celebrating your success. People who celebrate too early are never truly successful because before long, they would have depleted their savings and plundered their investments. In this clime, it is common to see a young person who has achieved little but he is driving luxurious cars or living in expensive houses just to show that he/she has arrived. In more developed places, people who drive in Jaguar cars are retirees who have paid off their mortgages and are living on the returns from their long-term investments. An important wealth-creating trick is that there is often no correlation between the number of cars you have and your actual wealth. A car depreciates by a third of its value the moment you drive it out of the car shop.

Invest only in assets that grow

Investing in appreciating assets is vital for sustained financial success. A look at your wardrobe and your cars will indicate what kind of assets you have. If all you can see are designer bags, clothes, cars, etc., then you are not planning for the future. The price of a designer bag can buy you a plot of land in an upcoming neighbourhood. Whereas the value of your bag depreciates, the value of your land appreciates with time. Why would you rather live in a serviced apartment and pay so much rent when you can live in a less expensive house and invest the surplus in acquiring your own place? It appears like common-sense will tell you but when it comes to investing, common-sense often plays a secondary role. There are hundreds of opportunities to invest money in acquiring shops at upcoming shopping malls but most people will rather spend their money in taking their family to an expensive holiday abroad. In order to have a financially assured future, you must deliberately begin to cut down on your waste and invest in items that will give you future returns. There is the story of a man who made a lot of money but had a special love for luxury cars. If you wanted to see the latest car, you would only need to visit his compound. His kids attended the most expensive schools and spent their summer holidays abroad. Even though he lived in a large house, he was a tenant. Somehow, it never occurred to him to build a house or invest in income-generating assets. One day, the place he worked hired someone younger to do his job. He was unable to sustain his lifestyle and even after selling all his cars, it was not enough to rent another house or pay his children’s school fees. He relocated to the village, turned into a village nuisance and eventually died an alcoholic.

Save and Invest before spending

There is a difference between saving and investing. While saving is putting something aside from your income either for the rainy day or towards a specific goal, investing is putting your money into something that can bring you returns. So you need to get it right from the beginning that while having a savings account is a good thing, it will not guarantee you a great financial future. The reason is that you will typically earn very little returns by leaving your money in a savings accounts. There are no millionaires who became rich simply by keeping their money in savings accounts. Hence, you must understand that when you save, it must be for an objective such as to pay your rent, buy a property, pay school fees for your children, etc. So having a savings account is good as it enables you to deal with emergency situations. But you must take it a step further by learning how to make your savings work for you through investment in assets that give you returns. Fundamentally, you must bear it in mind to always put something aside and spend what is left. It is never the other way round.

It is important you acquire a solid financial education in order to be able to make the most from your money. A lot of people are good in their technical areas of expertise or training but are often financially uninformed when it comes to making the right decisions to invest. Jim Rohn famously said that “formal education will make you a living; self-education will make you a fortune”. Making the right financial or investment decision is often a result of getting the right information and understanding the opportunities. You will need to be able to determine the SWOT (strengths, weaknesses, opportunities and threats) in a potential business in order to make a valid decision. Many times, there are business ideas that seem good in principle but unless you properly study the operating environment, understand the inherent risks and conduct proper market surveys, many people end up losing their money when they invest in them.

Be willing to make Sacrifice

Nothing meaningful is ever achieved without commensurate sacrifice. People who are unwilling to make sacrifice do not achieve much financial success. When you see people who are financially successful, you often do not realise how many days and nights they have gone without basic necessities in order to achieve their goals. While their friends were living large and celebrating lavish birthday parties for their kids, they conserved their money and put it aside in an investment. Sometimes, they had to leave their comfortable jobs and endured the hardship of not having a regular pay-check in order to pursue their dreams. They may have had to sell their cars or moved into smaller accommodation in order to secure the funding needed for their business. Never be mistaken that financial fortune is a result of luck or happenstance. Rather, it is often a result of many years of deep sacrifice and denying oneself of the good things of life. These people are able to envision a future and are willing to make the needed sacrifice to get there. But there are several others who believe that success comes by wishful thinking alone or simply by sowing seeds towards it. But they often forget that if wishes were horses, beggars would ride.