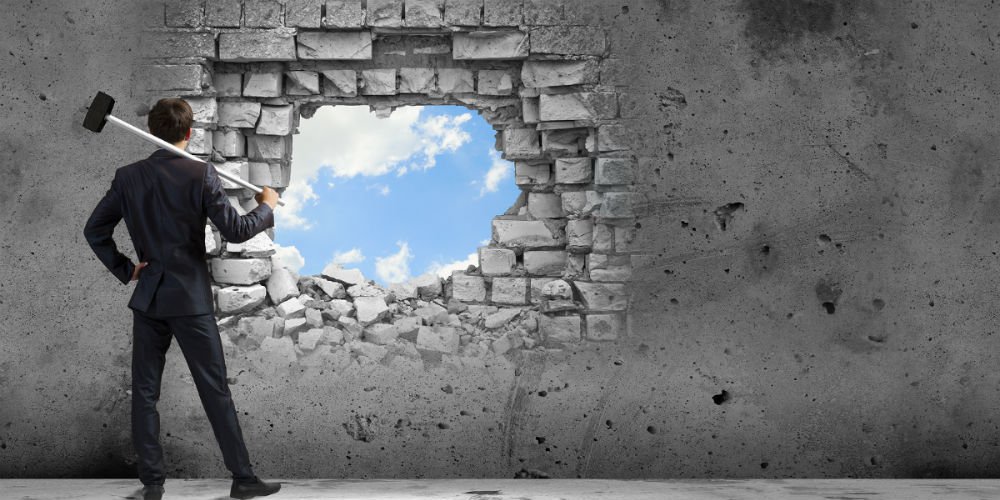 What do you see?

One of the most remarkable differences between the rich and the poor is that the rich is always able to identify opportunities even in the midst of challenges. While the poor focuses all his energy in dwelling on and talking about the problems and how things have become difficult, the rich is busy looking for ways to take advantage of the situation and profit from it. Of course, it is visible even to the blind that our economy has stagnated and is in decline. Many manufacturers are closing their doors and companies are laying people off in staggering numbers. It is also true that the prices of goods and services have steadily increased and some essential commodities are gradually becoming inaccessible by many people. Some State governments have owed salaries for months but despite this, parents are supposed to feed their children, send them to school and meet other pressing financial obligations. In Nigeria today, a bag of rice sells for as much as N18,000 which means that rice is no longer food for poor people.

Despite the dismal realities that we are faced with as a people, there are millions of opportunities waiting to be harnessed. The ability to spot these opportunities is what differentiates the rich from the poor. Times of economic depression and hardship provide opportunities to people who have ambitions and entrepreneurial spirits. Aliko Dangote, Africa’s wealthiest person referring to his mind-set and attitude to difficult times said: “throughout my business life, I have learnt that problems and difficulties are also great opportunities. People can make quite a lot out of difficulties and I think our difficulties in Nigeria today should be turned to opportunities. In this period, you need the courage to attack when others are retreating”. Dangote’s mind-set clearly explains why he is the richest person in Africa and Nigeria’s most successful businessman.

The most important question is: what do you see? In many ways, what you see is what you get. Do you see the cup half-empty or half-full? The fact is that your outlook determines your attitude and your attitude determines your altitude. You may never experience real positive change in your life as long as your outlook to life is with a negative lens. People who are negative are never able to see beyond their current situations and challenges. Their vision of the future is often bleak and they see difficulty in everything. People with negative outlook only complain about the situation and are never able to think of a creative way to deal with it. Their lives are dwarfed and stunted by their inability to see ahead and dream of a better future. Their preoccupation is to complain about everything and blame everyone about their predicaments. Sometimes, they are able to start something but their negative outlook to life often destroys their efforts and they quickly give up. This set of people will happily give 35 years of their lives working for someone else but cannot endure only 3 years of running their own business.

The rich and the poor think differently. What the poor sees as challenges and problems, the rich sees as opportunities. This explains why the rich gets richer while the poor gets poorer. It is simply down to the following reasons:

Related: Tap into the secrets of the wealthy

Our mind-sets determine out life’s outcomes. Rich people have fertile mind-sets and believe that their ideas can make a difference and earn them more money. In the midst of famine, starvation and economic depression, the rich are the ones who will open restaurants to feed the poor. They are the ones who will start their farms and sell the produce to the poor. They are the ones who will start water processing factories to supply to the poor for a price. If you leave a man with a fertile mind-set in the middle of nowhere, he will be able to function because he will be looking for opportunities. The rich is never hungry because food is not his problem. The poor often operates at the existential level and food is his basic problem. Give him food and pay him a wage and he is okay and happy. The rich always wants more than a pay-check. He wants to be the person who issues the pay-checks. Your mind-set determines your life and not the other way round.

The rich sees only opportunities while the poor sees only problems

The mind of the rich is wired to see opportunities instead of problems. When a rich man enters a neighbourhood, you will know because he will immediately be looking for problems to solve. It is the rich who will open the food joint and start a mechanic workshop. They are the ones who will open a car wash place to cater to the people who live in the neighbourhood. He then hires the poor to work for him for a fee. From there, he opens a shawarma joint for his customers and the poor is just happy to earn his wage and go home or proceed to the beer parlour opened by the rich to spend his money. The mind-set of the poor is wired differently, hence he will always be a slave to the rich.

The rich perseveres while the poor quickly gives up

Often, the difference between a successful person and those who are not is that successful people persevere when faced with a difficult situation. Whereas the poor quickly throws in the towel and packs up, the rich refuses to quit. Quitting is not in the DNA of the rich, hence they become rich. The rich doesn’t stop when he is tired. He only stops when he is done. People who quit never win and winners never quit.

The poor is often risk averse and do not want to lose his money. He is often content with what he has, however small and can’t stand the risk of starting a venture for fear of losing his money. The rich only becomes rich because he dared to put his money in a venture despite the possibility of losing it. Sometimes, he fails and loses his money but this doesn’t stop him from looking for another opportunity where he can invest his money.

The rich confronts challenges while the poor runs away from them

The poor is afraid of the lion on the streets. He has imaginary enemies and spirits that he believes militate against him. He will spend the whole night praying against these spirits and imaginary enemies. The rich is not afraid and sees his only enemy as himself. He disciplines himself and delays instant gratification in order to save up for the next venture. The rich thrives in the midst of challenges that the poor runs away from. In fact, the rich prays for challenges because he can only make money when there are problems to solve.

The choice is yours. You can chose to be poor and remain poor. It is your choice to complain about everything and do nothing about it. Being rich or poor is simply down to the mind-sets that we have. The good news is that we can change and cultivate the right mind-sets to be rich and successful. It is down to you.