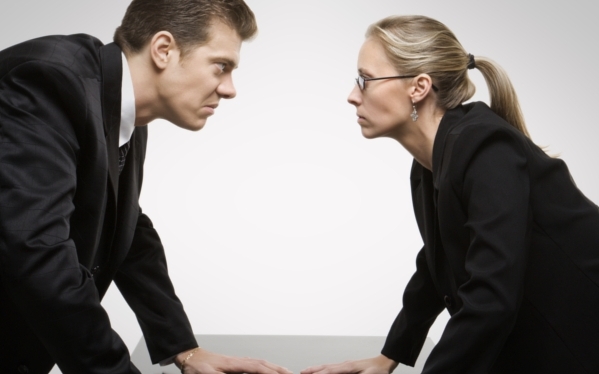 We were sitting round, having drinks when the old subject of money came up. It focused on how men work hard to get this elusive money and women seem to be adept at getting money. One of the men there said rather bitterly that no man had ever dashed him money.

The females sitting around burst into laughter. It sounded alien. At one time or the other a man had dashed them money. The married men on the table had a slightly different issue. Their problem was that the women were giving them a run for their money quite literally in the workspace. The next issue was that more women were being employed and rising up the corporate ladder. They felt resentful that the women had more earning power and were becoming bossy and demanding on the home front. Immediately the energy in the room became charged as all the men wanted to tell their experiences. Another woman debated that women had other sources of income besides her current job and therefore more disposable income. The more honest men said their income was barely enough to cover the bills in the house so they were grateful that their wives offered the financial support. They however felt at times that the wives overstepped their bounds.

Another group seemed more representative of the confusion we have on ground. They would rather the women stayed at home and took care of the home front but the mere suggestion leads to a long winding narration of feminism and stereotyping. So they let her work and let her to be equal partner since that’s what she wants. Since she has money she can do what the he can and more, so why fight her? Another set said they gave ultimatums: you work, you earn money, you run the family or you stay home, I work, provide money you make do with it.

The perception is that there are more economically independent women thereby creating a complex in the men. However, it is still a man’s world with the fact that they are still at the helm of affairs where it matters, they still drive the policies, they still make the decisions, and they still make the employments and advancements. So why are the men who have the power complaining that they are not having access to the jobs or money that women who are still not in power have more of?

Everyone on the table agreed – strangely – and put it down to the magnetism between men and women. Men view women as their mothers, wives, sisters, girlfriends and are more likely to be more acceptable to whatever a woman brings up. This in no way takes away from the fact that women work hard, are smart, loyal and diverse. It just brings home the point that a woman by her sheer gender is influential. And so they get to the work space and the men who have the power use it to propel women consciously and unconsciously. As much as there are women who are climbing there are women who still have difficulties at work.

Recently the Lancet Breastfeeding Series 2016 was launched in the capital city of Nigeria. The main take away was the fact that babies would develop a whole lot better if they were exclusively breast fed for six months. Wahala! So a woman would be expected to be out of the workspace for six months. I’m sure 10 years ago men wouldn’t even consider this but with the earning power of women and the financial burden it relieves them of, they will support it. It looks like a win-win situation. For the men that feel the woman should stay home and raise kids, at least for the first six months of the child’s life she will be at home while still earning a full salary!

Once there is a shift in who has more of the spending/earning power, the dynamics of the relationship will shift. This is what I call messing with the order of things. Interestingly, men remain the top earners, so why is there so much talk about women earning more?