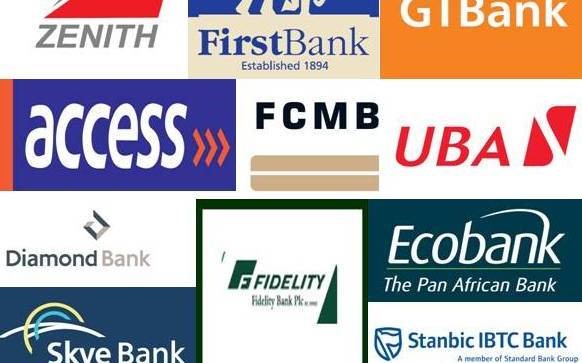 Nigerian banks are traditionally known as havens for illicit funds secretly kept away by politicians and government officials. It is also a fact that these banks have assisted corrupt government officials transfer these monies to safe havens abroad. Or how else do these people transfer these monies to their foreign bank accounts? It is true that our banks are partners in crime with thieving politicians and this is despite the Politically Exposed Persons’, PEP, requirements by the regulators. Accounts are usually opened for these people with codes and numbers that only top officials of the banks can interpret.

Recently, Global Financial Integrity group ranked Nigeria as one of the 10 largest countries for illicit financial flows in the world with an estimated $15.7bn illicit funds going through its financial system annually. Of course, the CBN in the light of the revelation made a press release “drawing the public’s attention to several protocols on illicit fund flows, money laundering, and terrorism financing both in Nigeria and around the world, and warned that the bank will increase its vigilance to ensure that Nigerian banks are not used as conduits for illicit fund flows, especially in foreign currencies.”

But the reality is that the CBN and commercial banks are collaborators in hiding and wiring illicit money. If the CBN tacitly alluded to the report by the Global Financial Integrity group, why has it not made a scape goat or shown example with erring banks and their directors? The arrest of Fidelity Bank’s managing director, Nnamdi Okonkwo on his alleged handling of illicit funds to the tune of $115m for former petroleum minister, Diezani Alison-Madueke, ought to give an insight into how banks connive with government officials in stealing the country dry.

In the fight against corruption, government and relevant agencies must beam the searchlight on the banks because whatever money is illegally acquired finds its way into our banks. Government must take it a step further by requiring banks to disclose the names of people who have money in their accounts above a certain amount. How do banks explain the fact that their private banking clients, who are usually ‘PEP’, have money running into billions of naira without any proof of a viable business apart from the fact they have worked in government? It cannot be right and certainly not in the interest of the people that a few people become billionaires overnight by simply working in government while the rest people wallow in poverty.

Financial Freedom is currently carrying out a forensic investigation into the activities of banks who have the largest illicit deposit of funds by current and past government officials. The services of experts have been engaged for this exercise and focus is on available evidence of banks and their customers and whatever is unravelled will be published in due course. These customers include past and current DGs of government parastatals, directors of finance and accounts of ministries who are clearly living above their means, past and serving federal permanent secretaries and ministers of government. The same experts have also been engaged in conducting a study and survey into property ownership in Abuja. Nigerians deserve the right to know who owns what property in the city and if such persons have earned the right to live in such opulence.

Following the removal of Commission on Turnover (‘COT’) by the CBN, Nigerian banks have resorted to charging their customers all manner of spurious and illegal charges with different kind of names. First, commercial banks now charge customers who use their debit/credit cards abroad at parallel market rates despite the fact that CBN sells dollars to the banks at N197. These charges vary from N380 to N382 to the dollar and N462 to N470 to the pound. This has also affected people who need to pay school fees and medical bills abroad. This practice is not only illegal but criminal as it is  illegal to buy foreign exchange at the official CBN rate and then sell at black market rate to customers.

Second, bank customers are groaning heavily under multiple charges from banks. It would appear that Nigerian banks have clandestinely reintroduced ‘COT’ by way of these spurious charges. For a simple local transfer of N1m, banks charge customers nearly N210 for transfer form, N3 per N1,000 commission on turnover, N105 transfer charges and VAT. And on the other hand, the customer is advised to report rogue banks to CBN’s Consumer Protection Department via e-mail: cpd@cbn.gov.ng.

On another note, Financial Freedom applauds the intervention of the CBN and minister of labour, Dr. Chris Ngige for stepping in and asking banks to desist from summarily firing their staff. The intervention is in order since no responsible government should sit and watch its citizens get laid off in the name of rising cost of business. Going forward, the CBN and Ngige should immediately institute a bill in the National Assembly to make it difficult for organisations to lay people off at will without due process. What is the justification in sacking employees when banks are still declaring billions of naira in profit? Financial Freedom is compiling the salaries of executive and managing directors of banks in Nigeria and will be making it public soon. It will be crystal clear to Nigerians that if the banks actually want to cut costs, they know the right places to look. Bank MDs cannot continue to earn salaries running into hundreds of millions of naira, fly private jets and then lay people off under the guise that they are no longer making profits.