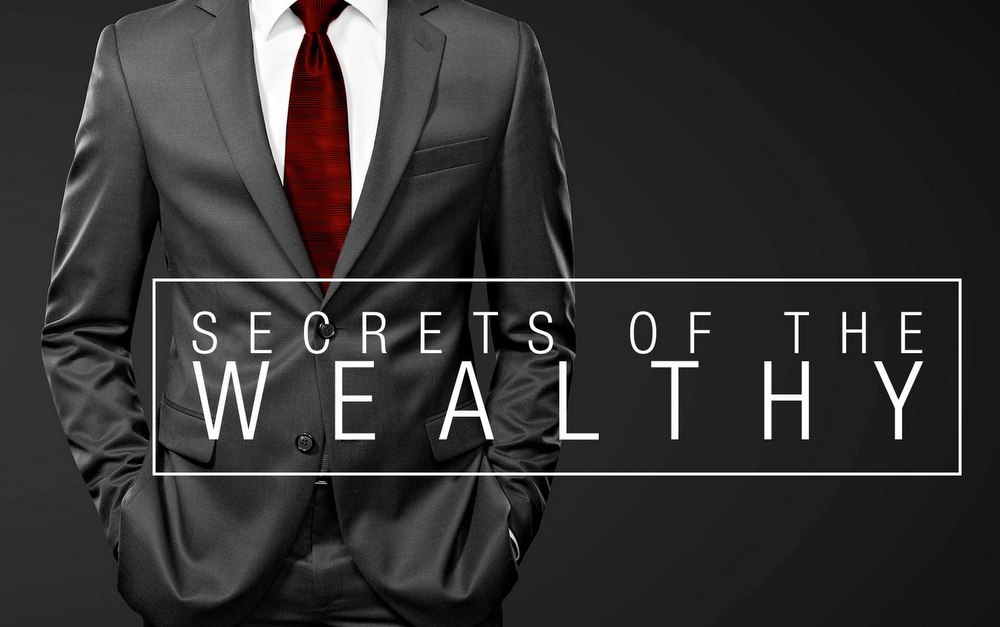 How following certain rules and principles can make you rich.

How did the richest people in the world amass so much wealth? There must be secrets that they know and practice daily that the rest of the world does not know. There has to be a reason why less than five per cent of the world’s population have over 80 per cent of all the wealth in the world. It cannot be a coincidence that certain individuals are richer than some countries in the world. Someone may stumble into some money but nobody ever becomes wealthy by accident. Becoming wealthy is never a matter of luck, fate or circumstance, but a direct result of following certain rules and principles.

According to Forbes, Nigeria’s Aliko Dangote is today the world’s 51st richest person and Bill Gates remains the richest person in the world with a net worth of $75bn. 31- year-old Mark Zuckerberg, founder of Facebook, is the world’s 6th richest person with a net worth of $46bn. People really never discuss the secrets to their wealth. It is impossible to point at one specific thing and say this is the secret to becoming wealthy. All wealthy people do a combination of things, take many risks and put their money in different kinds of investments. The only problem is that these secrets or laws of wealth creation, are not taught in schools. Most wealthy people learn as they go, make a lot of mistakes but these mistakes teach them how to do things better and more effectively. It is unlikely that wealth will just jump on you, overnight but there are people who have become wealthy quite quickly by providing the world with something the world needed. Amongst others, all wealthy people all over the world have perfected the following eight characteristics:

You will not find one wealthy person who has only one source of income. One major secret of the wealthy that other people are often unaware of is that they develop multiple streams of income from different business ventures. Starting from Nigeria, Dangote Group is one of the most diversified businesses in the world with business activities in cement, sugar, salt, fl our and semolina, pasta, noodles, poly products, logistics, real estate, Dangote Foundation, port operations and telecommunication, oil and gas, steel, etc. Dangote understood early in his business life that diversifying and extending his business interests will be critical in determining his influence and sustaining his profitability. Tony Elumelu, chairman of United Bank for Africa (UBA) and Heirs Holdings has diversified and gone into key sectors of Nigeria’s economy such as healthcare, agriculture, real estate and hospitality, oil and gas and financial services. Today, Elumelu has grown astronomically because he understood that remaining only in financial services will simply just make him a banker and he wanted to be more than that. Bill Gates’ Microsoft has about 12 other products apart from Microsoft Windows namely: Office, Exchange, SharePoint, SQL server, Windows server, Visual studio, Xbox, Bing, Dynamics, System centre, Skype, Windows Azure. Microsoft clearly understood that it could not sustain its position as world leader if it didn’t branch out and diversify.

All wealthy people take risks whether with their money or bank money. Poor people are often afraid to take risks because they do not want to lose what they have. So they would rather keep it. Rich people are happy to risk what they have and most times, borrow from banks for a venture with opportunity and potential. Sometimes, they fail but they learn the lessons about what does not work. The ability to take calculated risks is definitely a requirement to become wealthy.

The world’s richest people are almost always pioneers and starters of new innovations and ideas. If you plan to become wealthy, then you must develop the ability to take calculated risks on ideas that have potential to change the world. According to Warren Buffet, “uncertainty is the friend of the buyer of long term values.”

Gates sells all Microsoft products to nearly two billion people in the world. Dangote sells everything that every household requires in Nigeria and most parts of Africa. All wealthy people focus on the mass market because of the number of people that consume their products. If you were producing pure water and selling to only one million people daily with a margin of N10 per sachet, you will be netting N3.6bn in a year. If you can imagine how many packets of noodles, spaghetti, macaroni, sugar, bags of cement, salt and cartons of juice are consumed every day, you would be able to understand why Dangote is the world’s richest black person.

You certainly cannot aspire to become wealthy with a negative mental attitude. All wealthy people first believe in themselves that they have what it takes to embark on a particular venture. Their world view is positive and in the midst of what the rest people see as challenges, they are able to spot opportunities. Imagine walking into a bank to ask for a loan without the conviction that the business venture you are borrowing for will succeed. That will translate into one thing only: when the bank manager asks you about the business opportunity, chances are that you will focus only on the negative side and how you believe that the business will not succeed, you will certainly not get the loan. According to Robert Kiyosaki, getting rich, begins with the right mindset, the right words and the right plan.

Having a savings culture

The rich understand the concept of delayed gratification and do not go around buying luxurious items just to impress friends and neighbours. Again, Kiyosaki’s words ring a bell: “the philosophy of the rich and the poor is this: the rich invest their money and spend what is left. The poor spend their money and invest what is left.” The rich are moderate but the poor live most lavishly. It is unlikely that you would find someone who built his way into wealth who flies his children in primary or secondary school in business class. Poor people are often more likely to spend more than they earn just to impress people. Rich people have developed the habit to always spend less than they have, so when an opportunity comes up, they have saved up to take advantage of it.

A major secret of the rich that others don’t know about or understand is that rich people invest in opportunities that are clearly not within the reach of the poor. Only the rich have opportunities to invest in private placements, private equity investments, government privatisation programmes, hedge funds, etc.

How many heard of Facebook before Zuckerberg founded it in 2004. Gates founded Microsoft in 1975. If you invent something that solves a problem in the world, you will certainly become wealthy. Imagine you invent a cure for diabetes, cancer or any of the diseases in the world today. There are too many challenges in the world but these challenges also come with diverse business opportunities because we need to solve them to make the world a better place.

Take a look at the Forbes’ List of the World’s Richest people and you will not find one person who is not an entrepreneur. The greatest chance at being wealthy is to start something for yourself and not depend on a pay cheque from another person who you might probably be smarter than. Evidently, it is not magic that certain people have so much in the world while others are just managing to go by. It is clear that the rich play by a different set of rules. It is possible to aspire to become rich and achieve it by simply doing what the rich people do. Politicians are certainly not included on the list of wealthy people because you do not become wealthy by stealing what belongs to other people. You can aspire today and be whatever you want in life. If you have a good idea, you will need to develop it and start small and watch it grow. You will make mistakes and might even lose money in the process, but if you remain consistent, tenacious and keep your eyes on the goal, one day, you will be counted amongst the rich.