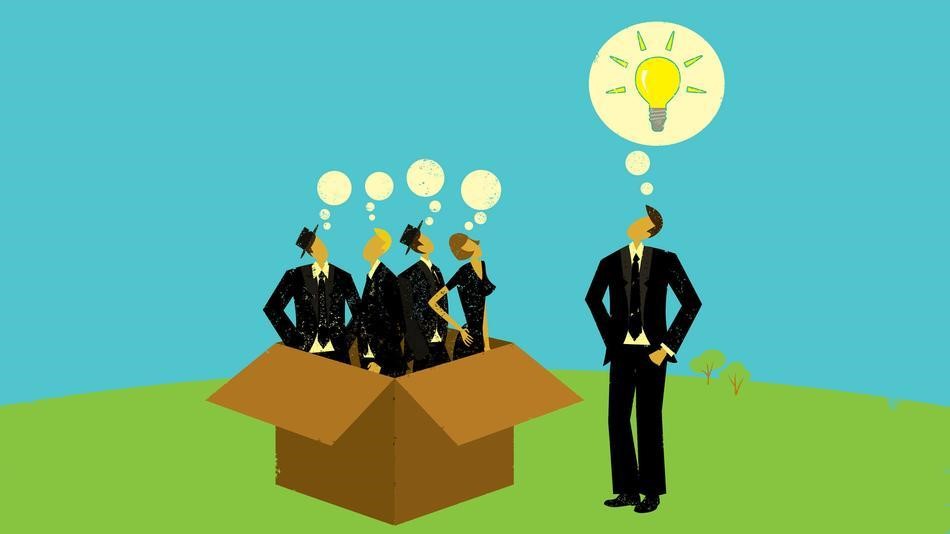 The ability to have a radical and revolutionary thinking is the most critical requirement for entrepreneurial success. If you look at everyone who has taken the world by a storm, it is clear that they didn’t only just start a business but created and invented a solution that radically changed the world. Sometimes, our ability to think and create is restricted by societal and moral codes of conduct. In a way, we have been taught to think that certain things are not permissible within certain acceptable ‘moral’ boundaries. People who think outside these boundaries are often termed infidels or rebels because they have refused to conform to the acceptable norms of society. But it is true that all the world’s great inventors and entrepreneurs have been people who dared to stand against popular opinions and defied what was commonly acceptable in society.

Until towards the end of the last century, it was quite unpopular for women to wear thongs or G-string as part of their dressing. This was largely because of the negative interpretation given to it as only strippers and lap dancers were expected to wear it. But since the beginning of the 21st century, G-strings and thongs have become one of the most popular forms of female underwear. As more women demanded underwear that remained invisible under outerwear and to combat what became known as VPL (visible panty line), a mass market was soon created to cater to the increasing demands. Today, millions of women all over the world now happily use these items and full-bottomed pants are almost obsolete.

The same could be said of sex toys when they were first introduced in the late 1960s. But today millions of women and men have sex toys for different purposes and they retail on the high street of every major shopping city in the world. Whether we like it or not, this multi-billion dollar industry caters to the needs of millions of people in the world.

Where was Facebook before Mark Zuckerberg founded it? When you look around you, the innovations that have changed the world are usually radical and unprecedented in nature but are always a response to a need which the world may not even know it has. Sure, if these things were not invented, the world would still function but we all agree that the world is a much better place as a result of these “out-of-the-box” inventions.

Don’t be afraid to be different

Nerds are often looked down upon in schools and amongst their friends. But it is true that nerds have invented some of the most outstanding things in the world. Being different is not bad because it makes you stand out from the rest. While the rest of the world is busy making friends and chatting away, nerds spend time with themselves trying to figure out the essence of their existence. They spend more time with gadgets and equipment than with people. They really do not socialize much because somehow, they do not ‘belong’ and never pretend or try to be. They often find pleasure in being alone and solving puzzles that the rest of the world avoids. It is in the process of solving these puzzles that they discover solutions to societal problems. It is a mark of strength and leadership that you go in the opposite direction from everyone else. You should not be afraid to be different and do not discourage your children if they are different from their friends. Bill Gates dropping out of Harvard University to pursue his dreams must have come as a disappointing nightmare to his parents who probably wanted him to train to be a doctor or a lawyer. He was clearly different from the rest of the kids who were happy and content to fulfil the script that their parents and society had written for them. But today, the world is a much better place because young Bill decided to be different and pursued his dreams. We must appreciate and celebrate people who are different from the rest of us because standing out is a sign of strength. It is easier to ‘belong’ than to be different.

Thinking-outside-the-box means that you don’t think like the rest of the world. You should never be limited by the realities of the times. It is possible to imagine a world where the seeming impossible happens. Think about it. What could have motivated someone to begin to think of inventing sex toys in a world that was totally conservative and religious? In an era where people hardly wore pants, what could have inspired someone to think of thongs and G-strings? Imagine the amount of hate and criticism that he must have received from the religious people of his day. They must have called him names or declared that he was the agent of Satan. But today, the sex toy and lingerie industry run into billions of dollars. Every woman’s wardrobe is not complete without matching lingerie. People of all races, colour and religion can now freely walk into sex toy shops to buy whatever they want, for whatever reason. Don’t be afraid to dream. You will never know how far your dream may go.

Persevere and stay until you achieve

Never give up. Rome was not built in a day. America’s most celebrated poet, Maya Angelou, famously said that “you may encounter many defeats, but you must not be defeated”. In fact, it may be necessary to encounter the defeats, so you can know who you are, what you can rise from and how you can still come out of it. Stay long with your dreams, despite setbacks and challenges. Albert Einstein, one of the world’s greatest physicists said of himself that “it is not that I’m so smart, it’s just that I stay with problems longer”. Perseverance sometimes holds the key to your entrepreneurial success. Don’t give up too quickly.

Great minds and achievers never run alone. You need people who share your dreams and vision to run with you. Never surround yourself with people who don’t share your vision because they will only discourage you. Sometimes, you can only go as far as the people you surround yourself with. Bill Gates needed Paul Allen who was two years his senior in school to actualise his dreams. Don’t run alone.

It is important that you keep your eyes on the goal if you must reach it. There will be loads of distractions from people who think you are wasting your time and money. These people, sometimes have no idea what you are doing or where you are going. You may also be distracted by friends who think you are spending too much time alone and want to help you out. It is possible that your friends who are working and earning money will think you are wasting your time on something that will not see the light of day. You will derail if you listen to them. Crowd them out and keep your eyes on the goal. Climbing the entrepreneurial ladder is sometimes similar to rope climbing. Never give in to external distractions.

Mistakes are a part of the journey

Mistakes are a necessary part of the journey. Never be under the illusion that you will not make mistakes. Mistakes are not necessarily bad because they are a vital part of the journey to your entrepreneurial success. Mistakes teach you how to do it better next time. If it was so easy, everyone would have done it and be successful. You may lose money in the process. Some people even lose their lives but it is better to try and make mistakes than to live with the regrets of not trying at all. People who are afraid of making mistakes never make it in any venture. No one who is truly successful ever attained that without making mistakes in the process. Every great enterprise only comes to fruition after several trials and mistakes. When you make a mistake, rise up and be even more determined to achieve your goals. Mistakes make you a better person but you must learn how to profit from them.

Martins Itua is a Finance Expert and founder of www.financialfreedomng.com